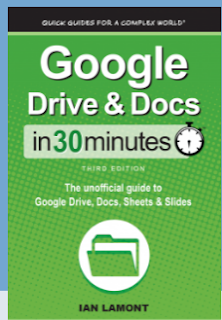 I found this book on NetGalley to review and found it interesting.  It took a little more than 30 minutes, but even though I have used Google docs, sheets, slides, and sites  for quite a while, it was still interesting, and I learned features I haven't tried before. It was also useful with the list of shortcuts. Basic information and easy to understand. A good guide to Google drive and docs.
Post a comment
Read more 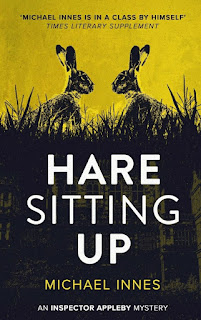 Hare Sitting Up by Michael Innes This is number 18 in the Sir John Appleby series The story takes place during the Cold-war. In part one a discussion about war, the atom bomb and bacteriological warfare takes place between headmaster Miles Juniper and five young people in a train compartment. In part two Miles Juniper is visited by John Appleby. The reason is the disappearance of his twin brother Harold. He is a germ-warfare expert and no one knows if he has been kidnapped, gone mad or just run away. As it is of national interest Appleby persuades Miles to impersonate him while they try to find him. This takes Appleby to a bird fanatic earl, and a remote Atlantic rock before solving the case. I was very well entertained. It was a both funny and intriguing story, and thanks to Crime Classics review and NetGalley I got to read one more novel in one of my favourite series.
Post a comment
Reaktioner:
Read more 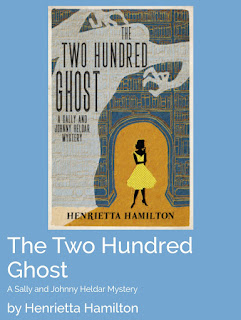 The Two Hundred Ghost by Henrietta Hamilton Sally Merton is working in an antiquarian bookshop at 200 Charing Cross road. It is an old building and the rumor is that there is a ghost due to a murder long ago. It seems the ghost has returned and is seen by some of the employees. Sally is fond of her job in the Heldar family’s shop, but not of the rude, inappropriate mr. Butcher. He is not very popular and is later found stabbed in his office and Scotland Yard is called.  Sally and Johnny Heldar (junior partner) start their own investigation to solve the murder and the ghost story. I enjoyed reading this novel very much. It is a novel from the Golden Age of  Detective Fiction published in the “Uncrowned Queens of Crime Series”. The setting in an antiquarian bookshop is interesting and the various people employed there are described very well, and the plot was exciting. It was a great reunion with Sally and Johnny, who also solved the murder case in Answer in the Negative. Both novels w
Post a comment
Reaktioner:
Read more

Dance of Death by Helen McCloy 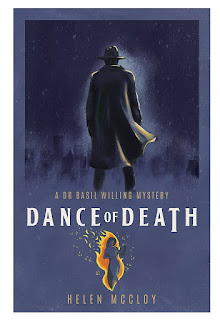 Dance of Death by Helen McCloy I received this e-book from Crime Classics via NetGalley. It is published in the series from Agora Books called Uncrowned Queens of Crime.  It’s very nice to get to know other writers who have written classic crimes, and I have thus been inspired to read authors unknown to me before. In this novel a young debutante is found dead buried in snow. Although she is covered in snow her body temperature is high and the cause of death resembles a heat stroke.  It is not a heat stroke but she has been poisoned with an overdose of a diet drug.   In charge of the investigation is Inspector Foyle with the help of psychiatrist Dr Basil Willing. Foyle and Willing have different ways of solving cases, and Willing tries to convince Foyle about the value of psychology in criminal investigation. He states that a blunder is the one form of clue a criminal can neither remove, conceal nor destroy - the one clue that is entirely beyond his conscious control.  So when trying
Post a comment
Reaktioner:
Read more

The Ghost It Was - Richard Hull 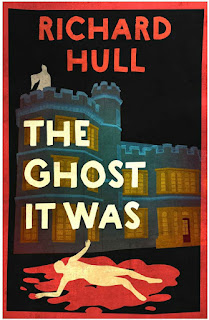 The Ghost It Was by Richard Hull is a crime novel I have received from Agora Books via NetGalley to review.  I haven't read anything from this author before, but he writes in the classical British crime genre and with a lovely dry sense of humor. James Warrenton (uncle James) has bought Amberhurst Place, because it is said to house a ghost, and he is interested in spiritism.  He has 4 nephews and a niece. None of them specially interested in ghosts, but  some of them rather interested in Uncle James' money.    The niece (Emily) and nephew (Henry Malcolm) both live with and work for the uncle.   Two nephews live with their mother not far from Amberhurst Place. The eldest (Arthur) is a solicitor, and the other (Christopher) is a poet. The last nephew is  the charlatan Gregory Spring-Benson, who appears at the manor hoping to get hold of some money, as he is nearly bankrupt.  One of the nephews are killed and later yet another murder takes place. It is up to inspector Fenby to i
Post a comment
Reaktioner:
Read more 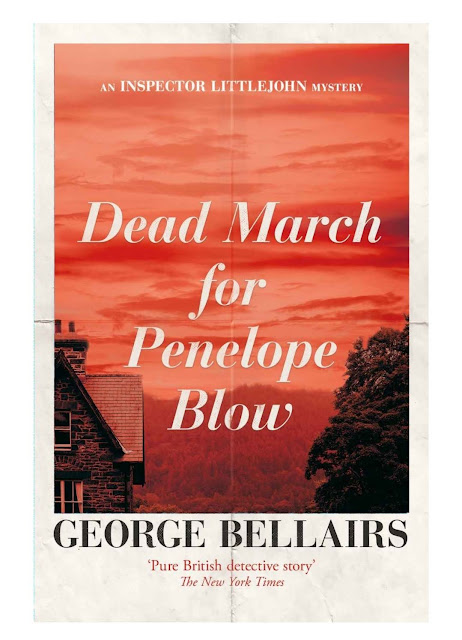 Dead March for Penelope Blow by George Bellairs is number 18 in the Chief Inspector Littlejohn series. A frail old lady (Penelope Blow) comes to Scotland Yard several times to speak to Inspector Littlejohn, but he is away on a murder case. She will not speak to anyone else. When Littlejohn returns he hears that Penelope Blow has died in a fall from an upstairs window. Littlejohn is not convinced it is an accident and begins investigating the matter. That is not an easy task. The Blow family denies him access to the house and he and Cromwell must seek help from the servants. A story of family secrets, madness, hatred and jealousy soon unravels.  As always it has been a joy and pleasure to read a Littlejohn mystery. It is a classic British detective story written with wit and interesting characters and settings. Well worth a read! I got this book to review because I have joined Crime Classics Advanced Readers Club. Thanks - I enjoyed it very much.
Post a comment
Reaktioner:
Read more

He'd Rather Be Dead - George Bellairs 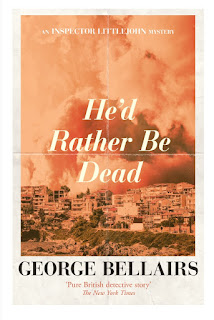 He'd Rather Be Dead by George Bellairs is number eight in the Chief Inspector Littlejohn series. I received it for review from George Bellairs Literary Estate via NetGalley.   Sir Gideon Ware - the mayor of Westcombe is murdered during the annual lunch he is holding for Boroug officials.   He is a man making enemies everywhere, and no one grieves his death (apart from his wife), when he is murdered during the lunch. He is poisoned, but it seems nobody has been able to administer the poison. Everyone attending the lunch are suspects, and in the beginning it was rather a lot of people to keep track of. As the Chief Constable  Mr. Boumphrey  is afraid to be unpopular among the distinguished  guests at the lunch, he asks for Scotland Yards help, and Littlejohn comes to help. He succeeds in solving Wares murder and yet another one committed during his investigations.  It is a well told story. Bellairs is rather good at describing the various people and the atmosphere in a buzzing seasid
Post a comment
Reaktioner:
Read more
More posts