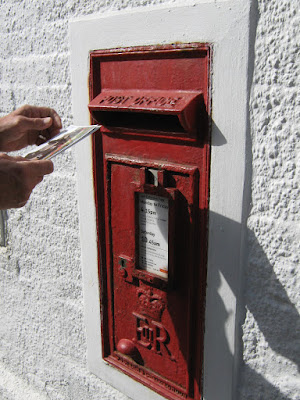 The Franchise Affair by Josephine Tey

I read this book on my Chromebook too, and it is also from  Gutenberg Australia. Hence again my own photo  from a vacation in England 😎

This is the third volume in the  Inspector Alan Grant series.

Though in this novel  Alan Grant is  only a minor character (a cameo role). The main character and narrator is the lawyer Robert Blair. He receives a call in his office from Marion Sharpe. Marion and her mother needs the help of a lawyer, when they are accused of abducting a young girl, keeping her imprisoned in the attic, and having exposed her to bodily harm. Robert Blair accepts somewhat reluctant to take the case, but will he be able to prove the two women innocent?

The other books in the series I have blogged about: